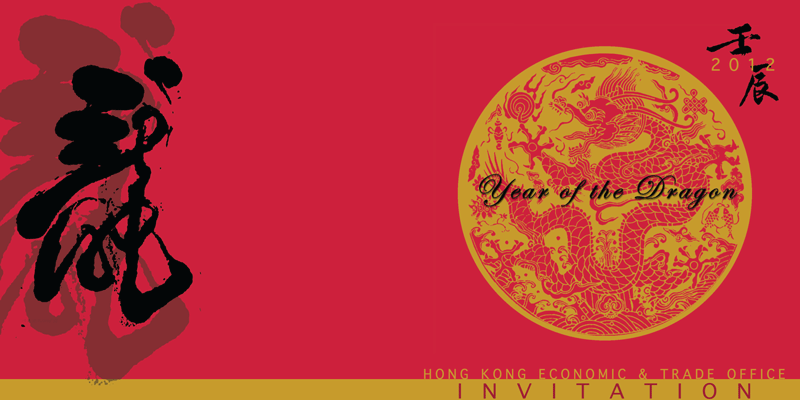 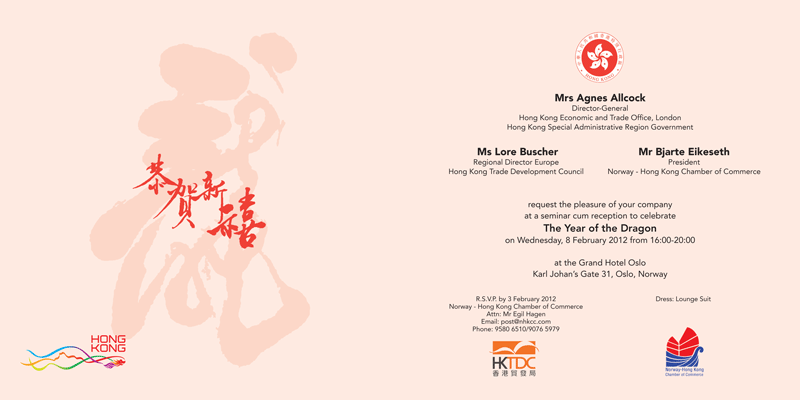 Celebrate the Year of the Dragon at the Chinese New Year Seminar at the Grand Hotel
Wednesday February 8, 16:00 hours.

This email address is being protected from spambots. You need JavaScript enabled to view it.

The inaugural Business of IP Asia Forum (BIP Asia), jointly organised by the Hong Kong Trade Development Council and the Hong Kong Design Centre, came to a successful close on 2 December 2011. The Forum was attended by more than 700 IP professionals and business leaders from 19 countries and regions. More than 20 speakers from around the world gathered and discussed various topics on IP business. Asia, particularly the Chinese mainland, was the central focus of last year's BIP Asia.

Overshadowed mainly by the lingering EU debt crisis, Hong Kong exports have been in the doldrums since entering 2012. The Chinese economy, though remaining the growth pole in the region, is also losing some steam, although US growth is accelerating a tad. Against this backdrop, Hong Kong's total exports are expected to grow by 1% in value in 2012, unchanged from the previous forecast made last December. Renewed downturn of the global economy, a rising tide of protectionism and soaring production costs are evidently the major risks and challenges facing Hong Kong exporters.

Read the rest of the article in HKTDC

Although I will be a rookie in the new Legislative Council in October representing the transport sector, I am not unfamiliar with shipping and logistics - one of Hong Kong's pillar industries - having worked in the field for nearly two decades.

According to the 12th Five-Year Plan for the National Economic and Social Development of the People's Republic of China, released in March, the Central government will place much greater emphasis on boosting internal consumption as well as shifting the national industrial infrastructure to producing high-value goods. These will certainly increase freight movement demand and business opportunities. For sure our shipping and logistics businesses stand to benefit from this.

Hong Kong prides itself on being the world's busiest airport for international air cargo and the world's third busiest container port. In 2011, our total freight movement hit a record high of 308 million tons and the total container throughput reached 24 million TEUs.