From the Hong Kong Trader:

Not many doubt that the current global economic downturn could spell potential disaster for businesses. Whether it's a minor or a major disaster in 2012 is a moot point for Hong Kong exporters concerned about their prospects and the strategies they should adopt.

In a study by the Hong Kong Trade Development Council of what's expected in the coming year, more than one-third of about 3,500 Hong Kong manufacturers and traders surveyed believe their export performances in 2012 would be "unsatisfactory" or "very unsatisfactory," another 45 per cent expect only an "average" performance.

Nearly 90 per cent of respondents attribute the reasons for those expected performance to the weak purchasing power in target markets, particularly in western Europe and the United States, the major arterial export channels for Hong Kong consumer goods.

As a result, a hefty 87 per cent say their prices have become uncompetitive because of increased costs and exchange rate movements, which effectively point to rising production costs in the Pearl River Delta (PRD) and renminbi appreciation, since most Hong Kong exporters produce or source their products across the boundary. Eighty-three per cent also say they are facing fierce competition from their counterparts on the Chinese mainland.

Are these challenges cyclical or structural? The nature of the problem matters because either one would require a completely different strategy. If the problem was cyclical, traders need only to tighten their belts and wait patiently for the good times to come around again. Structural problems, in contrast, are linked to fundamental changes, which would require a more active approach to strive for change and improvement.

Read the whole article at The Hong Kong Trader

28 December 2012 – Global year-end sales were roughly the same as last year, with the Chinese mainland and emerging markets such as Brazil, Mexico, Chile, Poland and Russia faring relatively well, while receipts were temperate in traditional markets, according to a study announced at a press conference today by the Hong Kong Trade Development Council (HKTDC).

Even with mostly conducive weather conditions, passable sales results were only recorded for the United States and, to a lesser extent, Germany, while tepid results were seen in the United Kingdom, France and Japan, as well as a downswing in Italy.

Year-end sales performance has gradually become a valuable pointer to retail business in the year ahead, not only in countries that celebrate Christmas but also some markets where Christmas is not a festive season, particularly the mainland.

HKTDC Principal Economist (Global Research) Daniel Poon noted that a cautious mood has prevailed among traditional markets, especially in EU countries most affected by the sovereign debt crisis. "While the austerity measures and higher tax burdens will weigh on household budgets," said Mr Poon, "a more realistic consumer mindset characterised by increasing acceptance of austerity tends to put a floor on retail sales, in turn whetting an appetite for value-for-money products."

Mr Poon suggested that Hong Kong exporters should seek new business opportunities in the emerging world to help realise sales increases. While Central and Eastern Europe will remain a weaker region due to its close integration with the EU, economies endowed with distinct potential are the commodity-exporting nations such as Russia, and Latin American countries such as Brazil, Mexico and Chile. Of more importance is the mainland, where government endeavours to promote consumption and rural development will open up new dimensions for Hong Kong companies accustomed to exporting to overseas markets.

Experts say that China will manage to weather adversity stemming from thwarted investments and exports to achieve a soft landing in its macro economy this year.

The country's economy is dotted with uncertainties in 2012, as its stern property curbs have weighed on rises in fixed-asset investment and the stiff global headwinds have choked off its exports.

Pan Xiangdong, chief economist with China Galaxy Securities, said in an interview with Xinhua Monday that China's economy had slowed in 2011 under the government's macroeconomic policies and sluggish external demand.

China's economy expanded by 9.2 percent in 2011 from a year earlier and 8.9 percent year-on-year in the fourth quarter, according to the National Bureau of Statistics (NBS). The quarterly growth was the slowest in 10 quarters.

In mid-January, the NBS said China's investment contributed to 54.2 percent of GDP growth in 2011, slightly lower than a year earlier.

"There is not likely to be any dramatic decline in China's economy this year and a soft landing will be achieved," Pan forecast.

He said one important reason for this is that the country's consumption will continue to maintain the momentum of stable and rapid growth.

Huang Lin, an analyst with Dongwu Securities, echoed Pan's view, saying that consumption will rise at a faster pace this year due to the government's stimulation policies and a drop in general price levels.

The central bank made countering inflation its priority with tightened monetary measures last year before unleashing signals of easing these measures in December, when it reduced banks' reserve requirement ratio by 50 basis points for the first time in three years.

The year-on-year growth of the consumer price index (CPI), a main gauge of inflation, eased to 4.1 percent in December from a peak of 6.5 percent in July.

At meetings held last week to solicit opinions from representatives of different sectors of society on the draft of a government work report, Chinese Premier Wen Jiabao said that the government is paying close attention to the economic situation in January and the first quarter of this year.

"We have to make a proper judgment as early as possible when things happen and take quick action," Wen said, adding fine-tuning of macro policies should begin in the first quarter.

Pan said that the country's macroeconomic policies may be relaxed to some extent, but will still be functioning "under the framework of being prudent."

As to China's fixed-asset investment, Huang believed that it will slide further this year due to the government's stern curbs on the property market, and the year-on-year growth of investment will slow to about 19 percent.

China has imposed a raft of measures aiming to calm property prices, including higher down payments, limits on the number of houses that people can own, the introduction of a property tax in some cities, and the construction of low-income housing.

China will unswervingly maintain this regulation of the property market next year so that housing prices return to a reasonable level, according to decisions made at the country's central economic work conference in December.

A statement released after the annual economic work conference also said that China will speed up the construction of ordinary commercial residential housing to increase supply and promote healthy development of the property market.

Around 160 members of the Norway Hong Kong Chamber of Commerce and invited guests from Norwegian business ministries and other related organisations were assembled at the Grand Hotel in Oslo yesterday for the traditional Chinese New Year seminar. This year in the Year of the Dragon.

This event is organized jointly by Hong Kong Economic and Trade Office, London, Hong Kong Trade and Development Council, Frankfurt and our own  chamber.

The attendants were given excellent updates of Norway’s interest in Southern China by Consul General Tormod Cappelen Endresen. The economic outlook for Hong Kong and China by Olav Chen, senior portefolio manager, Storebrand and some very good reasons why Norwegian companies should establish their office Hong Kong by Man. Director Richard Corwin from Gard (HK) ltd.

Director-General Agnes Allcock, Hong Kong’s ETO gave us the reasons behind the fact that Hong Kong has in the last 10 years been voted the worlds most free economy.

Dawn Page gave us the some very good reason why one should choose Hong Kong as a tourist destination as well.

The seminar which was very well attended was followed by a reception in Palmen Restaurant. 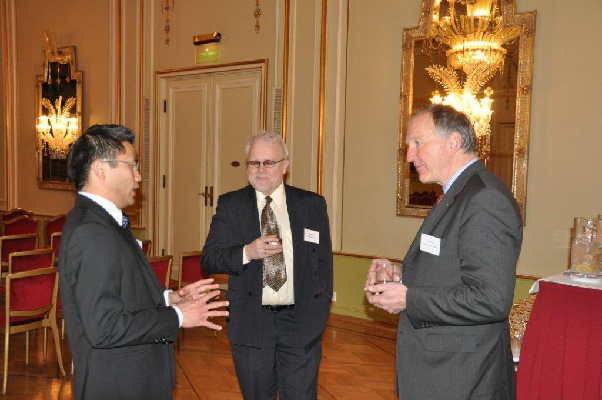 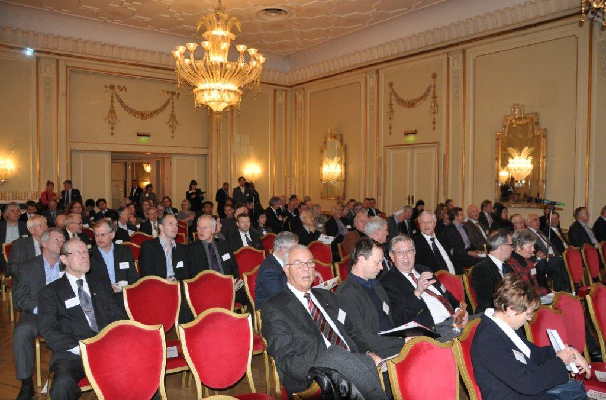 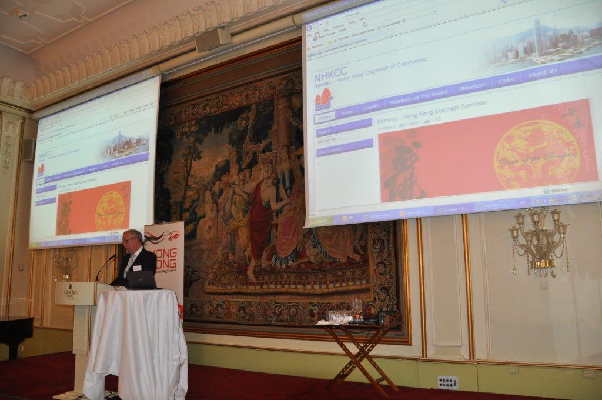 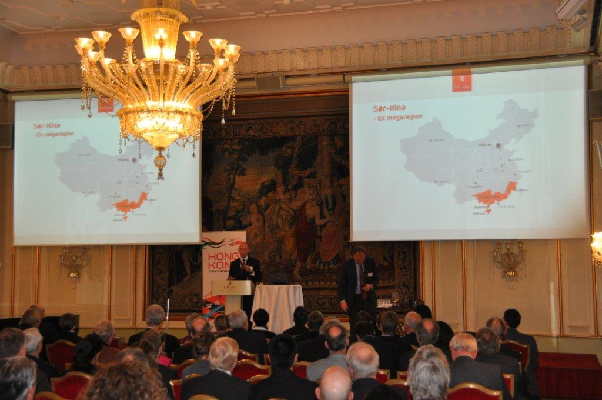 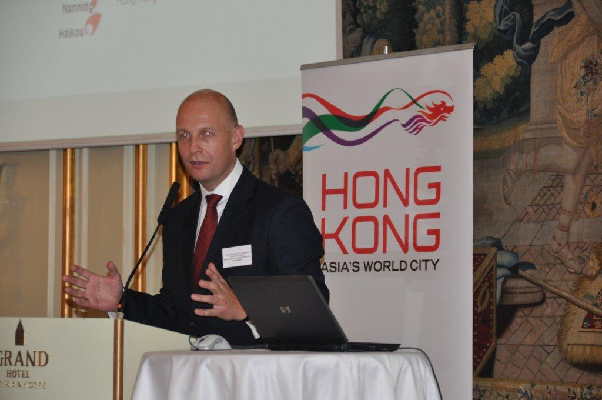 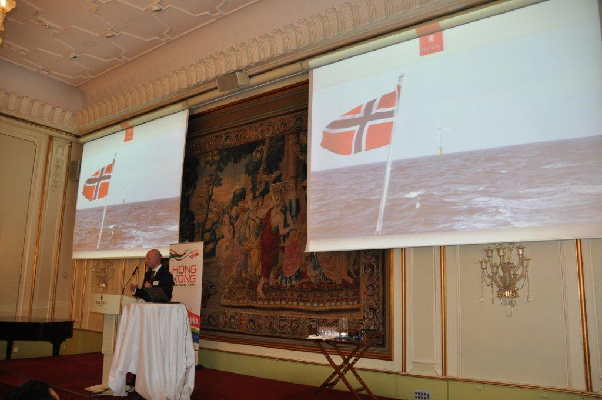 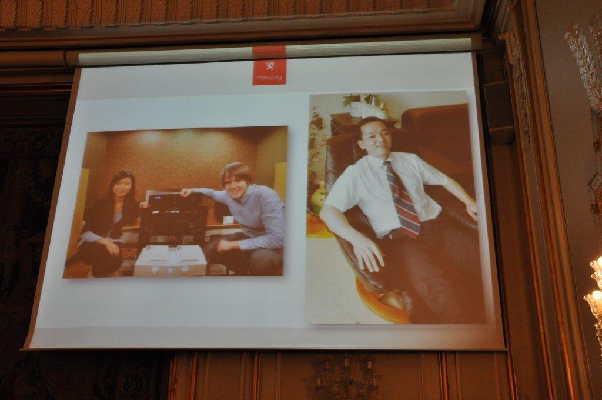 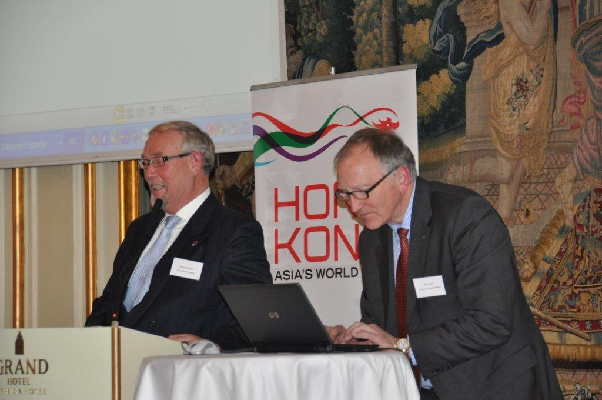 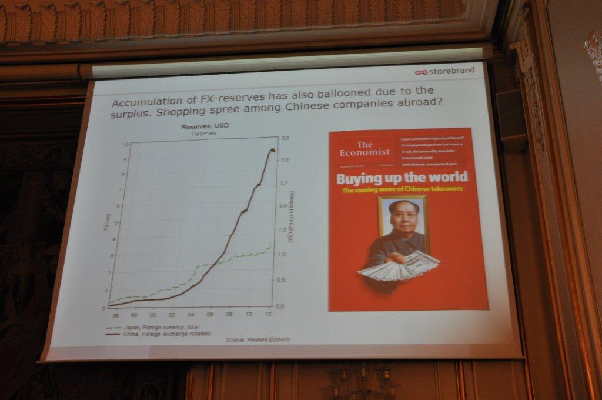 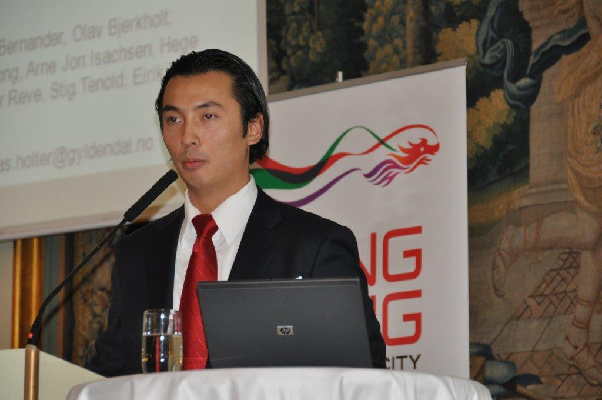 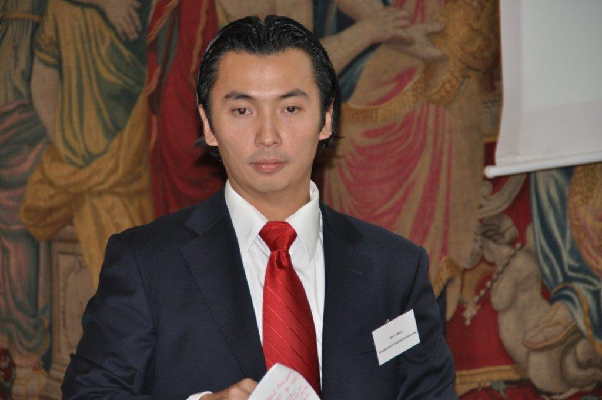 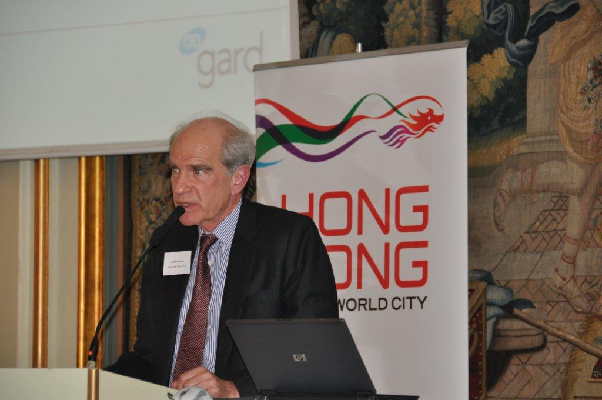 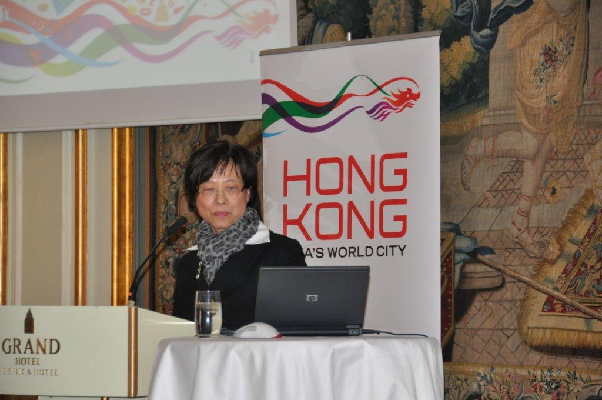 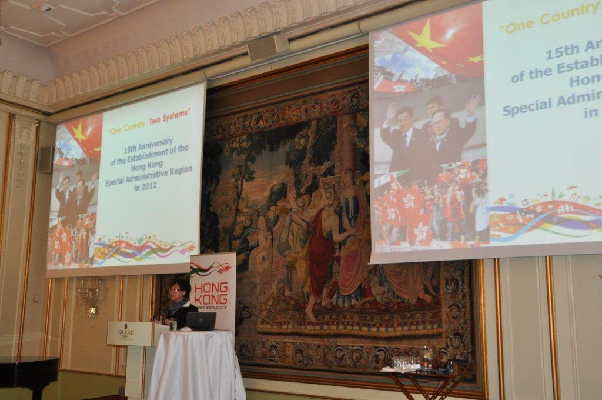 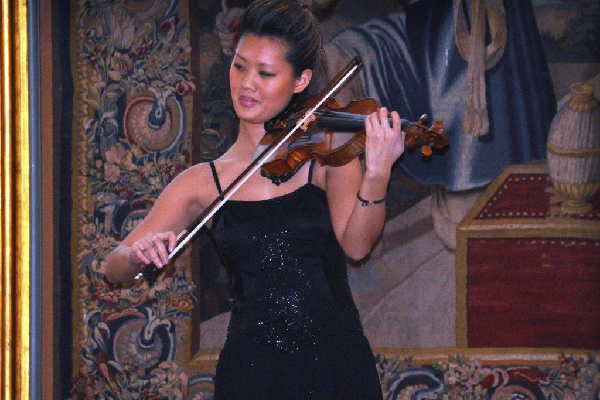 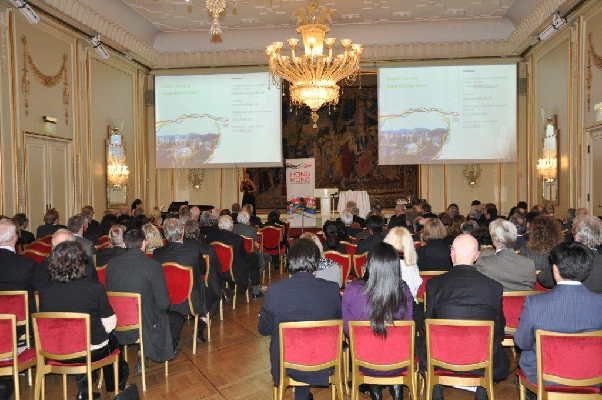 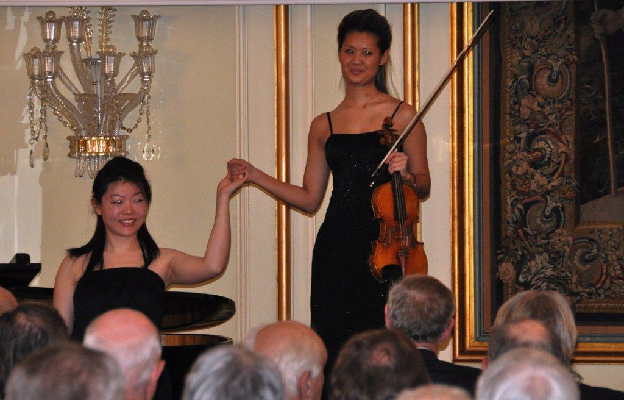 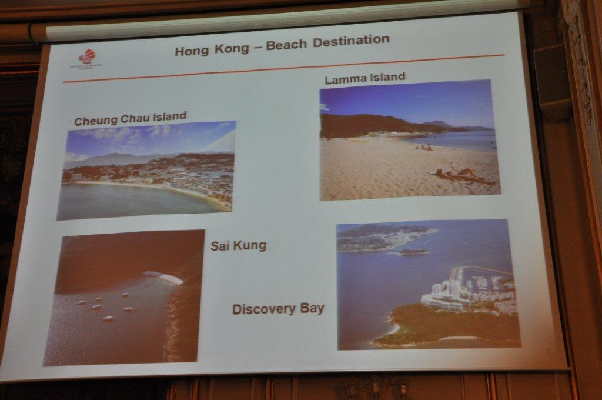 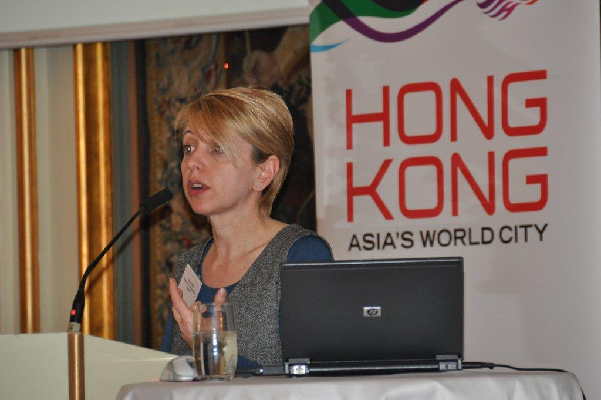 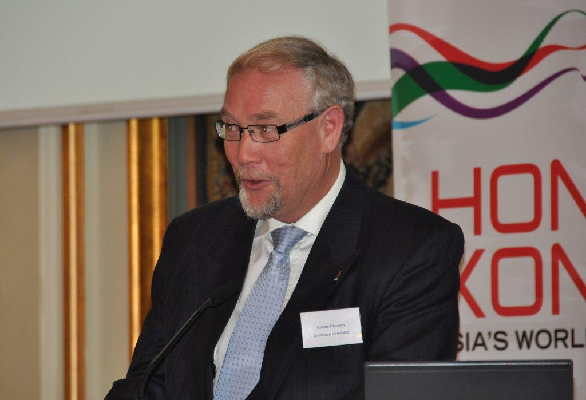 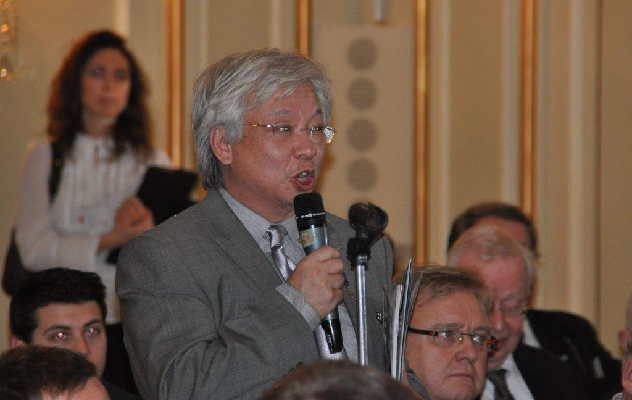 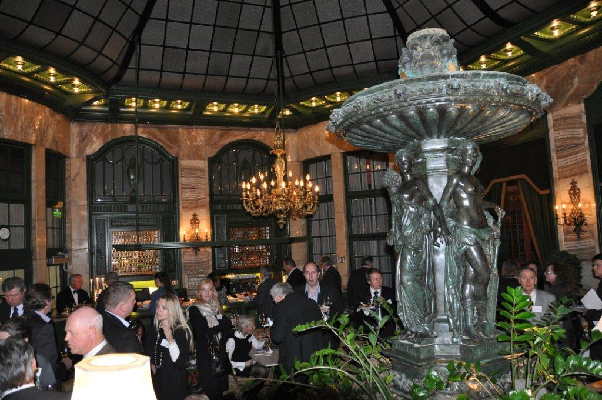 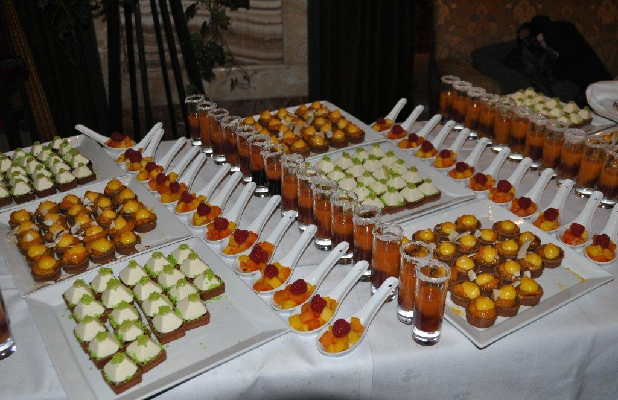 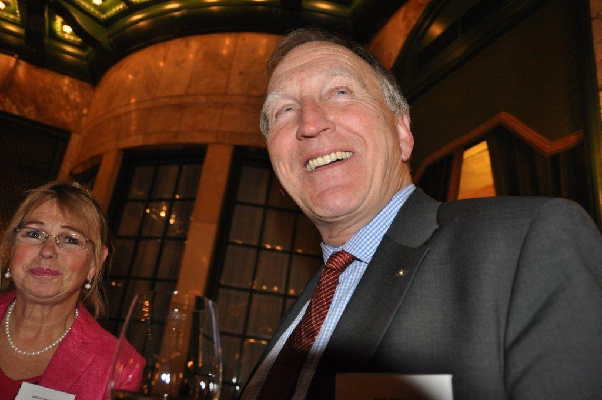 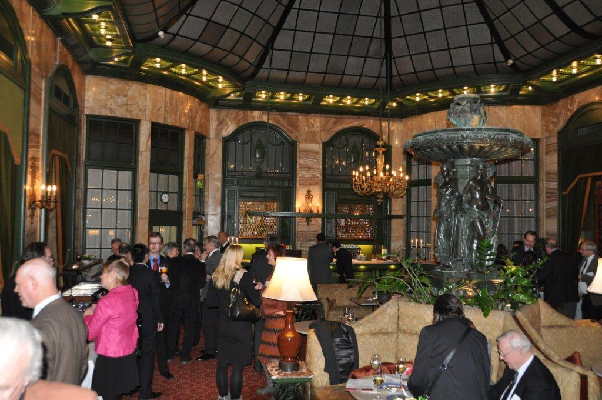 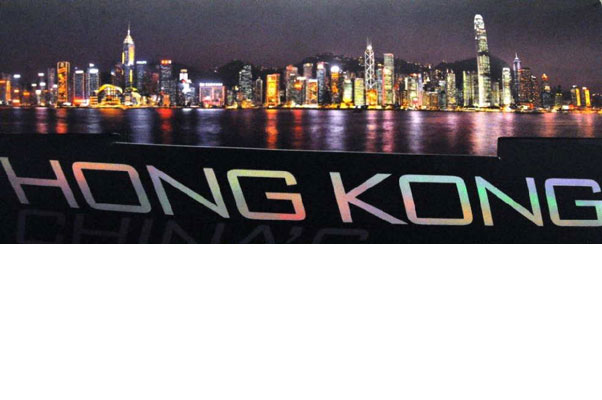