Our Chamber was founded September 1, 1988 as Norway Hong Kong Trade Association and celebrated its 25th Anniversary with a reception in Oslo Sjømannsforening on September 12.

There were more than 50 guests attending to listen to speeches by our president Bjarte Eikeseth, Deputy Director General Dennis Ching, Hong Kong Economic and Trade Office, London, Mr. Stephen Wong, Hong Kong Trade Development Council, Frankfurt and our honorary member of the board, Leif Schwabe who took a look back at the first 25 years of our chamber. He maintained that our chamber has played an important role in developing the trade relations between Norway and Hong Kong. Our Chamber has been even more important after Hong Kong became a part of China in 1997 under "one country, two systems".
NHKCC will continue to work strenuously as a bridge builder for the Hong Kong –Norway relations in the years to come as well. 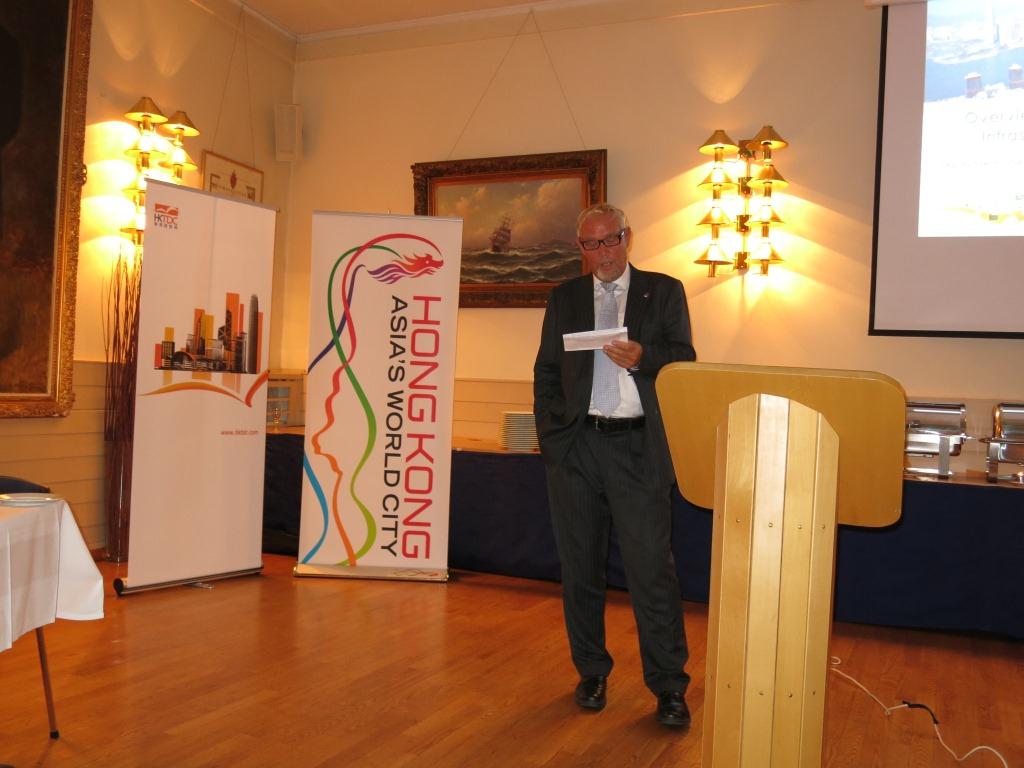 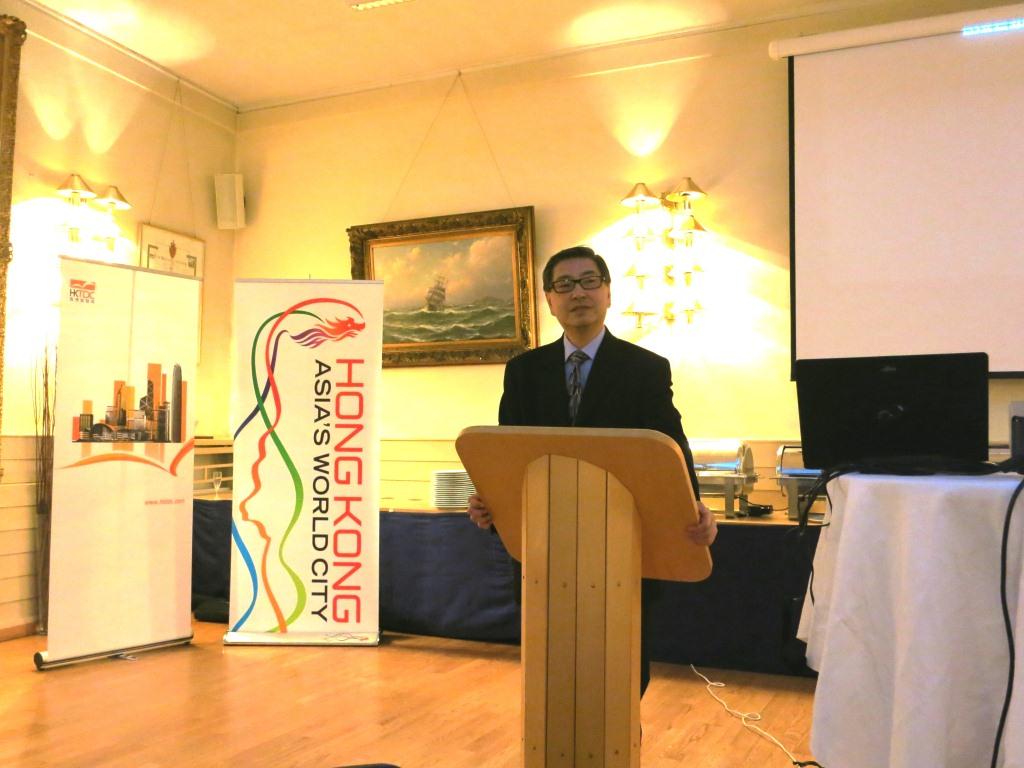 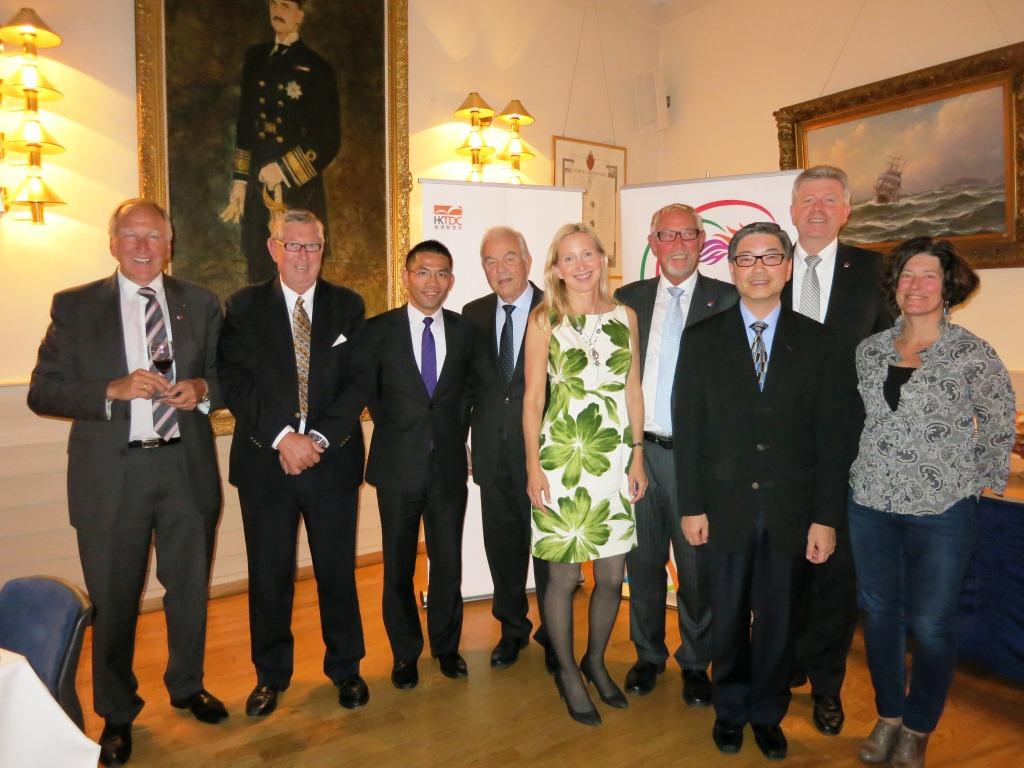 It was a Very Good Year

From the International Edition of HKTDC 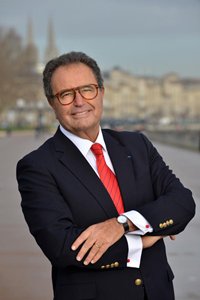 New data confirms what the plethora of wine businesses pouring into Hong Kong already know: the city is the most mature, most vibrant, wine market in Asia.

Robert Beynat, Chief Executive of Vinexpo, said that with overall wine and spirits sales of US$142.5 billion in 2011, including US$18.6 billion worth of wine, in the Asia-Pacific, the regional industry is booming.

"Hong Kong has set itself up as the nerve centre of the international wine trade in Asia," Mr Beynat said. "China, which has become the leading Asian market in both value and volume, is a priority target."

Mr Beynat announced the findings during his latest visit to Hong Kong last month. "We visit Hong Kong at least twice a year and, of course, more time when we are preparing Vinexpo Asia-Pacific," which takes place every two years in Hong Kong, alternating with Bordeaux, France. "It is very important for us to be here," he said.

Regarded as the widest, most accurate and most detailed body of information on the world's alcoholic beverage market, the IWSR database shows that the mainland became the world's fifth-largest wine consumer in 2010, and has the fastest take-up rate.

"On average, Hongkongers drink twice as much wine as the Japanese, with 2.7 litres per person per year, and the Singaporeans, whose annual per capita consumption is 2.3 litres. Hongkongers predominantly prefer red wine, which accounts for 82.5 per cent of all wine consumed in the city. But they are also open to sparkling wines, which represent 3.6 per cent of total consumption. Hongkongers drink twice the Asian average of sparkling wine."

Successful celebration of the Year of the Snake at the Grand Hotel, Oslo

About 125 of our members and invited guests were assembled at the Grand Hotel on Monday March 11 to celebrate "The year of the Snake".

They listened to presentations of the advantages of being established in Hong Kong from speakers of Hong Kong Economic and Trade Office, the Hong Kong Trade Development Council, The Norwegian Ministry of Trade and Industry, Posten/Bring AS and dr. Derek Anthony of Norway Chamber of Commerce, Hong Kong. Dr. Anthony is also a first class opera singer and gave the audience a fantastic performance in Chinese, Italian and Norwegian arias and classical songs.

At the reception afterwards the Grand Hotel chef presented a number of delicious Chinese inspired dishes on the buffet table. 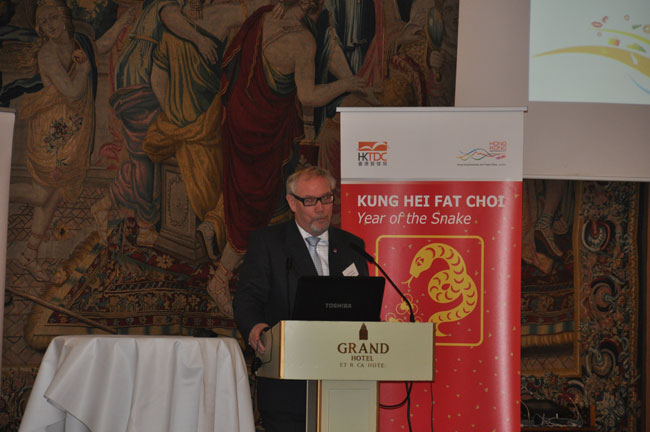 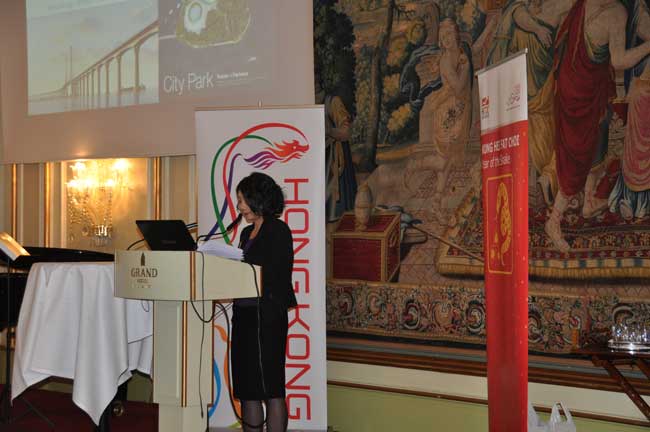 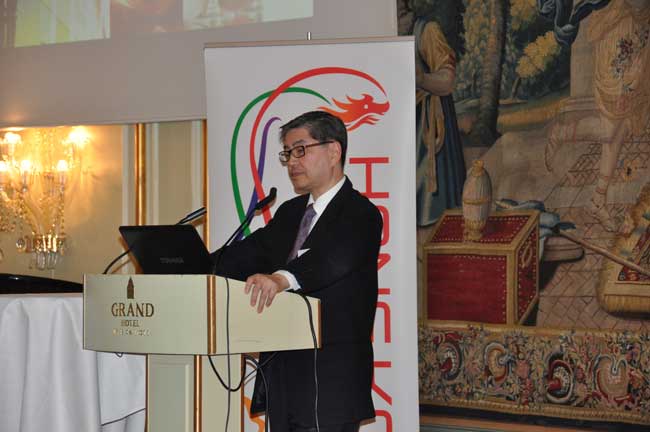 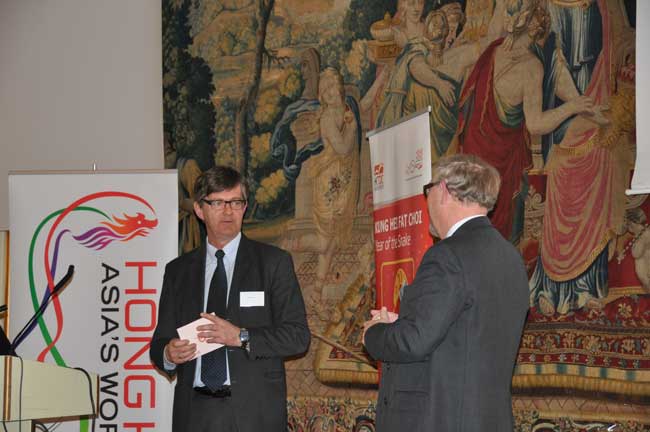 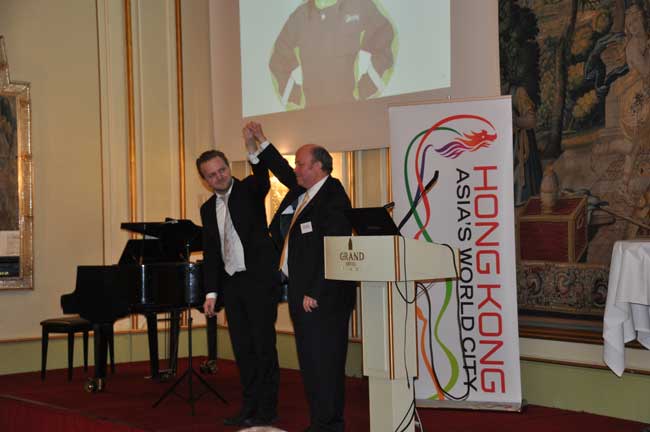 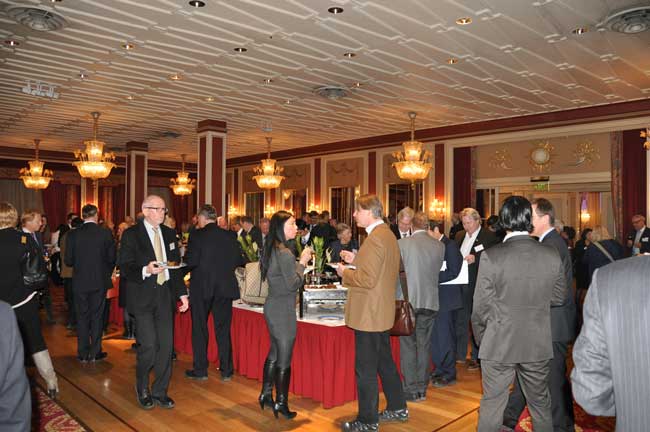 From the International Edition of HKTDC 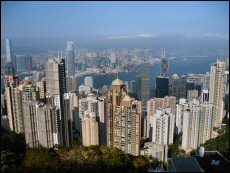 Hong Kong attracted a record number of new businesses in 2012, a sign of SME confidenceBusiness continues to view Hong Kong with confidence, according to the latest Grant Thornton International Business Report. The research reveals that nearly two-thirds of Hong Kong SMEs would not relocate offshore, even if a lower corporate tax rate was offered elsewhere.

Underscoring the city's effectiveness as a place to do business, Hong Kong also continues to lead Ernst & Young's annual Globalization Index, ranking first among the world's 60 largest economies for the third consecutive year.

The Grant Thornton data, conducted last November and December, is based on interviews with CEOs, managing directors, chairmen and other senior executives in 3,400 companies from all industry sectors across the globe.

"The IBR reveals that 64 per cent of businesses in Hong Kong would not consider moving their headquarters, no matter how much lower the corporate tax rate is in another country," said William Chan, Tax Partner at Grant Thornton Hong Kong. This, he said, is "a strong sign that Hong Kong, a global business city with a multicultural environment, is still regarded as one of the best locations for businesses."