Higher income levels ensure a lower ratio of household expenditure to household income, allowing for increased spending on lifestyle products and services. According to the survey findings, respondents with a monthly household income in excess of US$5,000 spend about half of their income each month, while those with substantially lower earnings, between US$1,000 and US$2,000, spend more than 80 per cent of their overall monthly income.

Among the respondents, one-fifth were frequent travellers to Hong Kong, having visited the city more than 10 times in recent years. Only 14 per cent of them had never visited Hong Kong, but had got to know Hong Kong through other means; for example having friends, relatives or colleagues living or working in the city. 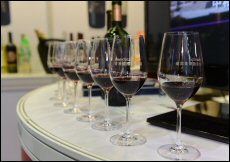 When respondents were asked about the key factors that create the perception of Hong Kong as a lifestyle trendsetter, the most important factor cited was the city’s business-friendly environment (54 per cent), followed closely by its free-trade policies and its free flow of information (50 per cent). Most responses were related to the inherent strengths of Hong Kong as a business hub, which is seen as a key element in its trendsetting stature.

The top three attributes that established Hong Kong products and services as trendsetters were: guaranteed quality (51 per cent), being trendy and fashionable (49 per cent) and creativity (41 per cent). This pattern was consistent across respondents from the five surveyed cities. While Hong Kong was seen as a stylish and convenient shopping paradise, respondents were much more appreciative of the value rather than price of the majority of Hong Kong products and services. 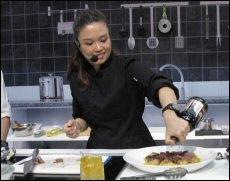 Of the array of Hong Kong products and services deemed to be trendsetting, respondents gave the greatest approval to fashion (67 per cent), followed by consumer electronics (58 per cent) and financial services (54 per cent).

Despite the city’s shrinking manufacturing base, Hong Kong companies have established a number of proprietary brands, particularly in the fashion sector. Apart from its home-grown fashion brands, Hong Kong’s reputation as a premium shopping destination has attracted a number of international fashion brands.

According to many of the respondents, casual wear and accessories, typically jewellery, watches and shoes, would be their most likely purchase in Hong Kong. Not surprisingly, smartphones and digital cameras were the electronic items that many respondents considered the trendsetting offerings that ultimately characterised Hong Kong.

As an international financial centre, Hong Kong’s financial industry has long been seen as innovative when it comes to creating new products and services tailored to middle-class consumers and investors. This perception has been reinforced by the city’s strengths in private banking and asset management. This pre-eminence has ensured that respondents across Southeast Asia see Hong Kong’s financial services as another trendsetting aspect. Apart from an awareness that Hong Kong has some 50 Michelin-starred restaurants, respondents indicated they also saw the city’s fast-food chains, cafés and coffee shops as trendsetting. 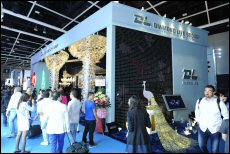 Overall, 46 per cent of respondents learned about Hong Kong as a lifestyle trendsetter via the Internet while browsing for coverage of the city; 39 per cent also actively made the effort to access Hong Kong-based websites. Despite the rise of digital access, traditional channels – movies, television dramas and factual programmes – were still popular means of learning more about Hong Kong’s lifestyle products and services.

Significantly, nearly 20 per cent of respondents regarded trade fairs as a key means of learning more about Hong Kong’s vast array of lifestyle products and services.

The majority of respondents regarded three particular groups of Hong Kong residents as iconic and saw them as playing a key role in building Hong Kong’s image as a trendsetter. These three groups were the middle class (54 per cent), professionals (43 per cent) and celebrities (including movie stars and singers) (30 per cent). These findings were found to be broadly consistent among the majority of respondents across the five surveyed Asian cities.

It is worth noting that each of the five surveyed cities had different preferences for trendsetting products or services it admired in Hong Kong. Respondents from Kuala Lumpur (73 per cent) and Bangkok (75 per cent) regarded Hong Kong fashion as its most admirable asset. In Ho Chi Minh City, the number one choice of Hong Kong lifestyle products/services was entertainment (67 per cent), with fashion coming in second (65 per cent). In Manila, the lead slot went to consumer electronics (63 per cent), while Jakarta (65 per cent) deemed financial services most important. Perhaps significantly, respondents in Jakarta ranked travel and leisure higher than respondents from other cities, making it the last of their top-four trendsetting items.

In a number of product and service categories, respondents were asked which cities in Asia they considered to be the trendsetting leader. Hong Kong emerged as the strongest contender in financial services, food and catering, fashion, and entertainment. Tokyo, a widely recognised consumer electronics capital, was chosen as the trendsetting leader for this category, although Hong Kong also performed impressively. In terms of healthcare and cosmetic treatments, Tokyo and Seoul were both highly rated.

Watsons, Pacific Coffee and Mannings were the best known Hong Kong brands among respondents in Southeast Asia, enjoying respective recall of 65 per cent, 41per cent and 40 per cent. Watsons, for example, has enormous retail market coverage and footfall, with about 300 stores in Malaysia and the Philippines. With only a few exceptions, the gaps between knowing a retail brand and having actually patronised it are not particularly wide.

Hong Kong’s unique “East meets West” environment is very important when it comes to reinforcing the city’s leading position as an aspirational lifestyle trendsetter. Respondents were asked the extent to which they would agree with a number of statements relating to various trendsetting aspects of Hong Kong.

Some 60 per cent of respondents agreed that Hong Kong is the ideal place to experience different cultures. This gives credence to the notion that Hong Kong is not just a showcase for middle-class consumers in Southeast Asia looking to enjoy trendy local and international brands, but a place to experience festivals and events. The face-to-face interviews showed that many respondents from across Southeast Asia had been attracted to Hong Kong for the city’s colourful festivals and multicultural events, including Chinese New Year, the Dragon Boat Festival, Halloween, the Rugby Sevens, the Hong Kong Marathon, and a host of other internationally renowned events.