Clement So, Sales and Marketing Director of Zoap Consulting Ltd, says online marketing is an effective way to capture the Chinese mainland marketThe holy grail of any successful online promotion is for the campaign to go viral. Creating interesting content that prompts web users to share with peers is one step to securing real-time transactions, according to the advertising publication Marketing Interactive. The Hong Kong Trade Development Council SME seminar in June, "Maximising the Marketing Effectiveness of Social Media Platforms," gave participants an up close look at this 21st century marketing formula.

According to guest speaker Clement So, Sales and Marketing Director of multinational marketing firm, Zoap Consulting Ltd, buying online is prevalent among the majority of consumers. “Rather than buying from a bookshop the bricks-and-mortar way, people now go for Amazon,” said Mr So.

Zoap Consulting is a one-stop marketing consultancy that provides search engine optimisation (SEO), Facebook marketing and graphic design services. Headquartered in Canada, the company has offices in more than 10 cities worldwide, including the first-tier mainland cities of Shanghai and Beijing, as well as a research and development office in Hong Kong.
Read more at the Hong Kong Trader 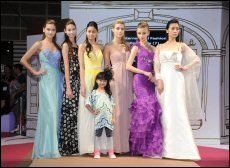 Hong Kong is not just the setting for Asian companies to explore regional opportunities. It is also a cosmopolitan city, renowned for its fusion of Eastern and Western culture, as well as its cutting-edge range of lifestyle products and services. In order to better understand Hong Kong’s role as an aspirational lifestyle trendsetter in the eyes of Southeast Asia’s middle-class, the Hong Kong Trade Development Council conducted an in-depth research on the issue in the third quarter of 2013.

For the survey, 100 middle-income individuals were interviewed in each of the five Southeast Asian capitals covered: Bangkok, Ho Chi Minh City, Jakarta, Kuala Lumpur and Manila. Respondents with a monthly household pre-tax income of US$1,000 or more were chosen for the face-to-face interviews. All interviewees had to have either visited Hong Kong within the past three years or had close friends or family living in the city.

The 500 people surveyed had an average household pre-tax monthly income in excess of US$2,000. An annual income of US$24,000 would be considerably larger than the average per-capita income in each of the target countries. The amount is double that of Malaysia's average income; quadruple Thailand’s; six-and-a-half times of Indonesia’s, 10 times the Philippines, and 15 times the average household income in Vietnam. 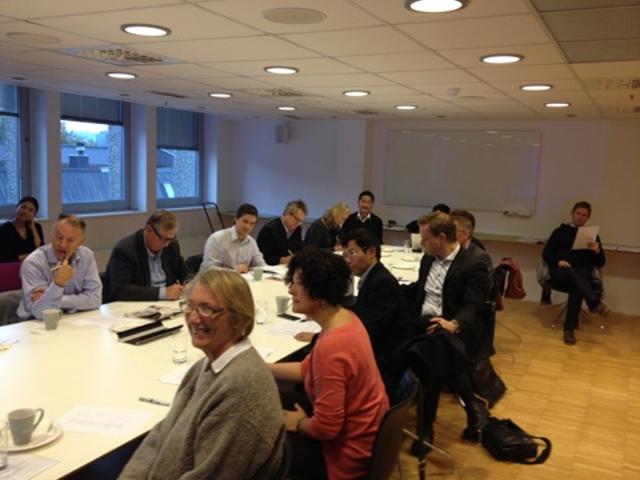 The breakfast seminar was met with great interest from the packed conference room at Virke, Tuesday morning 7.10.

Leif Schwabe gave the participants excellent pieces of advice from his wide experience from more than 60 visits to the Canton /Guangzhou Fair on how to behave on a business trip to China/Hong Kong. He stressed the importance of building a network and to “show face” and be patient.

Chenyu Dong from Ecucate AS gave a most useful insight into the drinking culture in China: “Drinks serve as a vital tool to good “guanxo” she said.

“Learn Chinese in 15 minutes” was a most impressing and times funny exercise of Award winning university lecturer Chieh-Ting Lin.
“How to build a better relationship with Facebook marketing“ by Thomas Moen, a most interesting look into the opportunities that marketing through Facebook could provide companies that use this tool.
Julie Borselius, Nordic manager for the Hong Kong Trade Development Council, Stockholm gave us a most useful update of the latest development in Hong Kong in view of the recent demonstrations. She also gave us the main differences between Hong Kong and Chinese business culture which is a combination of Eastern and Western business culture.

"Competitiveness is the theme of this Budget," Mr Tsang said.

The Budget contains a series of initiatives to strengthen Hong Kong's competitiveness as an international hub and premier gateway to markets in Mainland China and Asia. It also outlines the Government's long-term financial planning strategy.

Mr Tsang said that the initiatives introduced in last year's Budget, including a HK$33 billion package of one-off counter-cyclical measures, had the effect of boosting GDP by 1.3 percentage points, thereby helping to stabilise the economy and preserve employment. He forecast a consolidated surplus of HK$12 billion for the current fiscal year, with the city's fiscal reserves expected to reach HK$745.9 billion by March 31.

Mr Tsang affirmed that in response to the Chief Executive's 2014 Policy Address in January, which included 160 new measures benefiting a broad spectrum of the community, he had set aside the required additional expenditure of HK$25 billion to fully support these initiatives.